When Ellie was about one, I had to travel for work. I read a book called Carry On Warrior, which I also wrote about here. I distinctly remember a part of the book where the author talks about being in line at Target with 3 crazed children in the checkout line and some older woman looks at her and says something to the effect of “Treasure these moments, they go by too fast.” At that point I’m pretty sure Glennon (the author) was visualizing throwing a huge middle finger, while in actuality she smiled sweetly and held her breath. The point is, I’m starting to feel the need to treasure those moments now with the girls.

Time is just continuing to go by faster and faster and I find myself even more frequently sitting in a moment and focusing so as to never forget it. Ellie’s 4th birthday was exactly one of those times when I wanted to pause and never forget it. Although it was pretty busy and crazy, I felt like it slowed down a bit by me focusing on being conscious and present.

Although I’m no princess fan, Ellie loves Rapunzel, so we threw a Rapunzel party. Luckily, my friend Niki had already thrown one for one of her daughters, so she shared her decor. We hired a local company, Seattle Princesses, and Rapunzel herself came out to read, paint Ellie’s face and play with the kiddos. We also did a lantern decoration station since Rapunzel’s parents and townspeople sent them off every year on her birthday in Tangled.

Photos are below and if you’re interested in doing the lantern decoration station or making your own Rapunzel party hats for your Rapunzel party, I’ve listed the items I bought from Amazon below the photos. 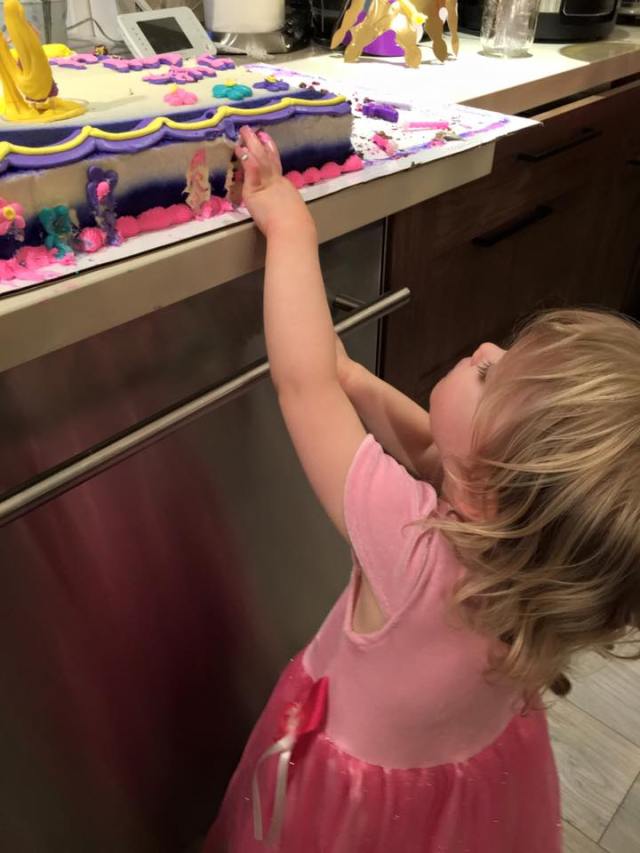 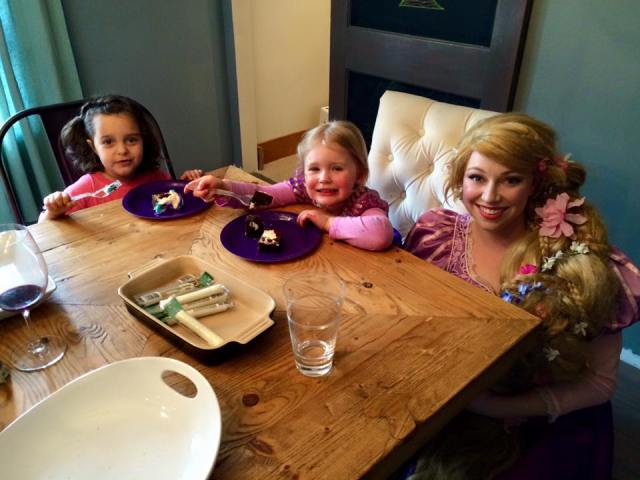 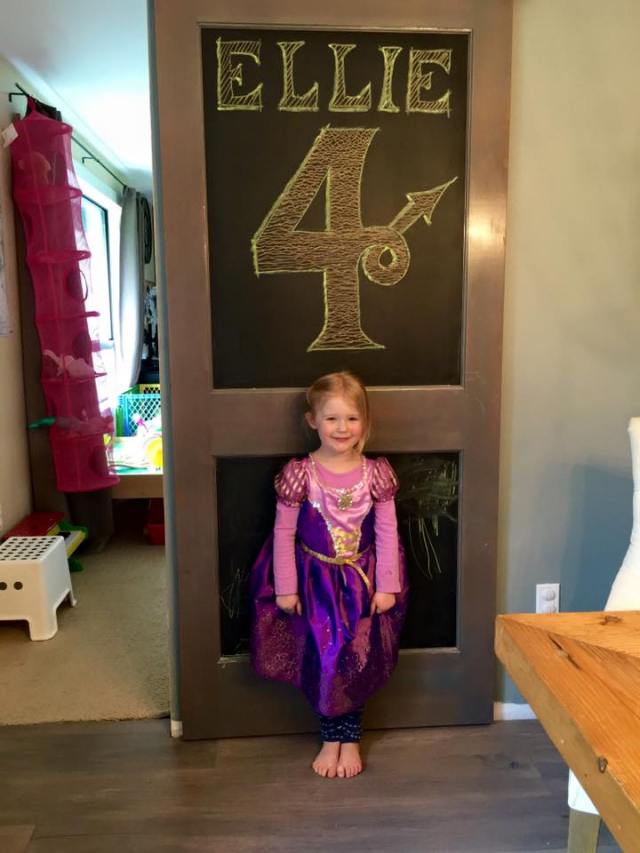 And here are the goods from Amazon:

I used fishing line to string through the led light and tied it to the inside of the lantern.

I made braids with the yellow yarn and tied them off at the top and the bottom with the clear rubber bands. Then Brian stapled the braid to the inside back of the hats.