Piper turned 11 months last Thursday, while I was in Austin for work – tear, sniff, tear. Before Piper was born, Brian and I talked about nursing and I was pretty adamant I wanted to do everything I could to nurse until she was 1 year old. Now that she’s 11 months old, when I got home from Austin, Brian asked me if I was excited I was almost there. After a day or two of that setting in I started to get really excited that I’m ALMOST THERE! In a few weeks, I’ll have an hour+ back every day and we won’t be washing pump parts every other day. I won’t have to pack an extra bag for work every day. I won’t have to pack a bigger suitcase when I travel for work just to house my pump parts. I won’t have to have the hotel deliver a fridge and arrange for everything to be put in a freezer when I have a later flight. I can go on a diet and not be scared about my production. I can stop taking Fenugreek!!! But…enough about me…

Piper’s 11 Months old and I can really hardly believe it. She’s such a fun little girl. She’s started wanting to go down stairs (gasp), so we’ve started holding her hand as she goes. She has started bending her knees every once in while, but most of the time we’re confident she would have fallen if we weren’t holding her hand. That’s how babies learn though and every time she’s about to fall but we save her, I can tell on her face she’s learning from her mistakes.

I can’t imagine being more in love with our little girls. It’s so incredible how much joy I feel watching their progress and their personalities. Of course it’s incredibly difficult, exhausting and sometimes stressful, but what’s the cliche?  Oh yeah, nothing good ever comes easy. Ellie has gone through so many different stages as a big sister. In the beginning she was slightly ignorant, then she became a little jealous, and now she’s mostly excited to play with her sister and “guide” her to do certain things with her. She loves to show Piper how to use the toys and she takes her around the house doing all the fun stuff like washing the windows and calling to Max. I can just imagine them when they get a little older, and even when they become teenagers and young women. Of course every parent wants their kids to be bosom buddies. I’m sure there will be times of that, but also times of conflict. All of the good and the bad is what really makes a relationship stronger and I truly don’t want our girls to have a perfect relationship, just a true, genuine and strong one.

This month, my Grandma Geri was in town, so we took our Piper pic while Ellie and Brian celebrated Nana’s birthday. I combined all the photos so we could see the progress throughout the months. Here are a few shots from the night. 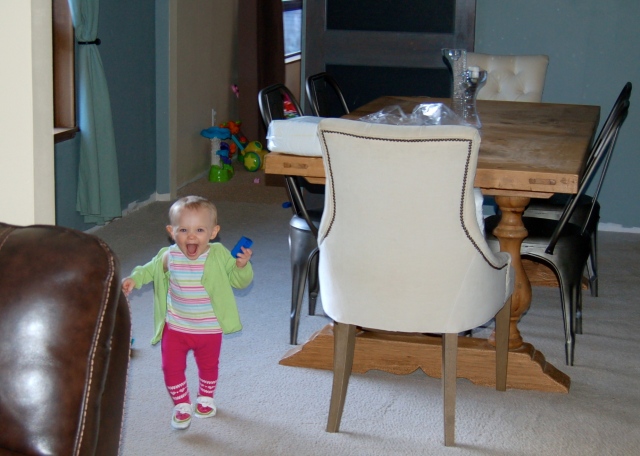 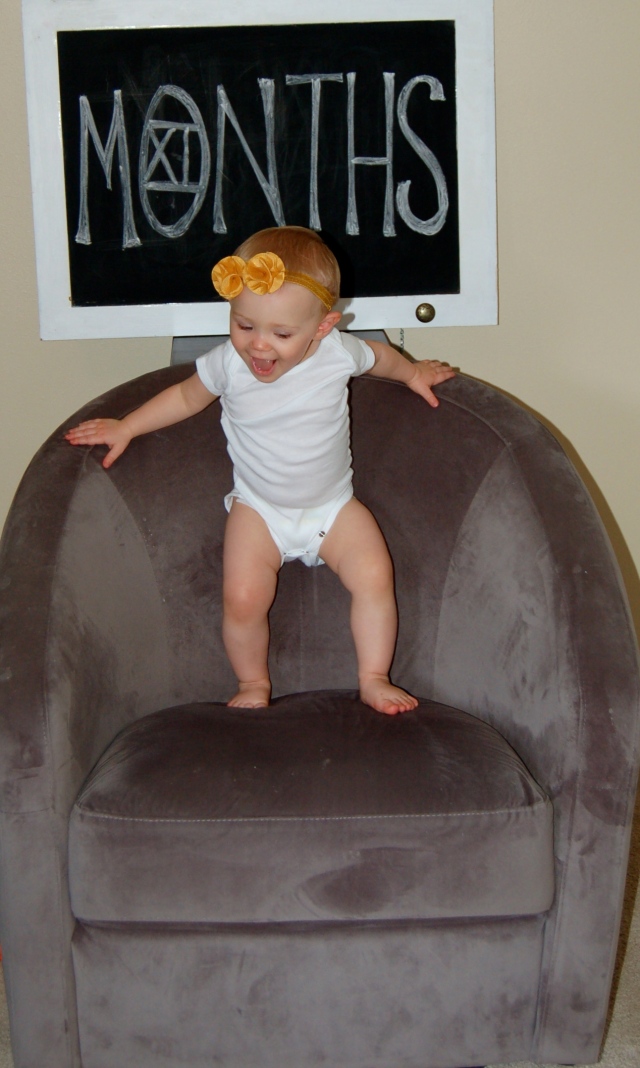